In collaboration with our proud sponsors: 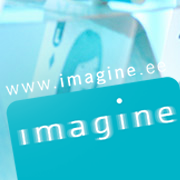 ”Rezeq is probably one of the most colourful players and individuals that has joined our team in the past year.
I simply cannot think about this team without Rezeq. They tried to take him away from us, but Rezeq is part of the Rumori Calcio identity. No one takes our identity away. No one.”
words by coach Angelo Palmeri to our website.

Since he joined (June 2015 – edit) Rezeq has collected 23 appearances and mostly in goal. Tonight he will collect his 24th appearance in a friendly game against JK Kristiine (IV.Liiga) and rise further in the top-10 of the most present players. His flamboyant style in the goal has earned ‘oooooh’s of amazement at Jõgeva Winter Cup some weeks ago and he is bringing his extravagant style up front. However, his dedication to the team is so huge that he does not disdain to drop for defending.

Rezeq features in our cool video shot for crowdfunding our home games in 2016 IV.Liiga season. DON’T FORGET TO DONATE!

We spoke to Rezeq  as we will do with every team member during the year for his birthday.

Rezeq, where were you born in Palestine?

I was born in Hebron city, in the village of Kharas.

Married with no children yet.

What club do you support?

Considering I play in a club with an Italian name, I shall tell you that my favourite Italian club is Juventus. In Estonia I like FC Flora but in Palestine I used to root for Seir Sport Club. Their most notable player was Mohammed Tarawa

Which is your football idol?

Manchester City’s Sergio Agüero. He has a lot of power and I always admire his strenght and stamina.

What is your favourite dish?

Maqluba. It is a traditional dish both in Jordan and Palestine. It consists of meat, rice and fried vegetables. They are all placed in a pot which after the cooking time is flipped upside down when served. Hence the name maqluba, in Arabic means literally ‘upside-down’ 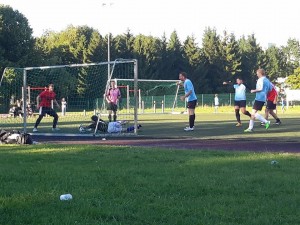 Which club did you play in the past?

I did indeed play for Seir Sport Club, the same club I support.

With Rumori Calcio you played most as a goalie. Now you will switch to striker: which one do you enjoy most?

Good question. Considering I cannot help getting injured when I play as a goalie (in the Summer Rezeq was out one month upon a fracture of his right foot in a Rahvaliiga game against SEB -edit), I must say I do enjoy more to play up front. But I definitely like to be a goalie as well. 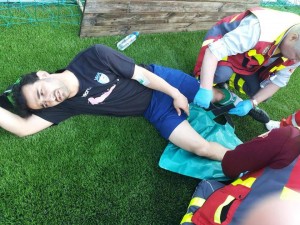 Our last question. You’re not European, but we will have Euro 2016 in the Summer. Have you decided which team will you support?

Oh yes, I am going to pick up the World Champions: Germany!

Leave a reply Click here to cancel the reply